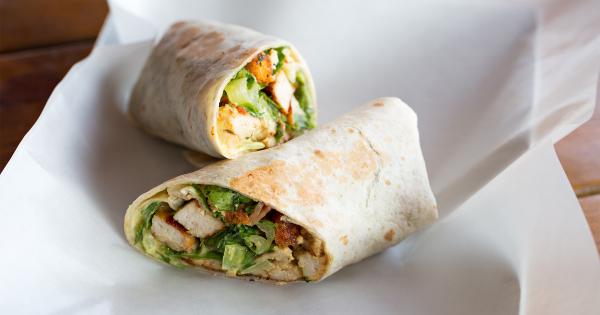 It’s widely accepted that the core c-store customer has been and always will be male, young, blue-collar workers. Many c-store operators and suppliers refer to this consumer as “Bubba” and operate under the long-held belief that he buys coffee, smokes, Cokes, Bud, hot dogs and not much else.

The young male consumer has indeed been very good to the industry—he’s an important customer that c-store operators and suppliers alike should continue to court. But let’s pause for a moment and think about that stereotype of the channel’s core consumer and about the term itself—it may be a barrier to future growth at a time when the convenience channel can ill afford self-imposed obstacles.

Looking up the definition of “Bubba” yields some interesting results, most of which focus on some type of deviance. Merriam-Webster cites 1979 as the first known use of the word. It offers the definition as an often disparaging term for “a white member of the Southern rural laboring class,” also directing readers to the definition of “redneck.” Dictionary.com defines “Bubba” as a “usually disparaging and offensive” slang term used to refer to an “uneducated Southern white male.” Urban Dictionary’s first definition is “a Southern derivation on the word ‘brother.’”

There are parts of the country where “Bubba” is a common name, nickname or term of endearment—even a cultural point of pride. However, in the broader context, “Bubba” is not a positively perceived persona. This raises an important question: Why does the convenience industry refer to its core customer with a term that is widely considered derogatory?

Stereotypes, by definition, are limiting—they don’t tell the whole story—and that’s certainly the case here. The reality is that the young, male, c-store customer is more complex, open-minded and sophisticated than that stereotype suggests, and he’s not the only consumer that c-store operators and suppliers should be thinking about.

We at Technomic hear the term “Bubba” used most often within the foodservice category, and among operators and suppliers there’s a real fear of offending this male consumer with leafy greens, cappuccino and all-natural snacks. His priority is food that is cheap and filling, right? Satisfying foods at competitive prices are indeed prioritized by young males, however, other attributes and opportunities emerge when we break away from the stereotype and adjust the lens through which we see this consumer.

Today’s young, male, c-store consumer aligns with the Functional Eater, one of seven foodservice groups identified in Technomic’s Eater Archetype consumer segmentation research. Functional Eaters skew male, millennial, lower income and are often well-educated and digitally savvy. Craveable prepared food items are a must to get his attention, but they’ve got to be satisfying—protein is key. Mini- or snack-size portions of favorite items are particularly appealing. This consumer often orders sliders and mini burgers from fast-food restaurants, pointing to the appeal of trendy but hearty items as snacks. Functional Eaters are time-starved consumers for whom food is fuel, so convenience is crucial. Ready-to-eat items, speed of service and packaging that facilitates eating while walking, texting, and driving are all prioritized by today’s young male consumer, as are apps and social media marketing. If letting go of the favored term is difficult, think of him as “Bubba 2.0.”

Young males are only one cohort within the c-store customer base—a base which is far more diverse than the term “Bubba” suggests. Convenience stores enjoy high consumer frequency; two-thirds of c-store customers visit once a week or more often. While more males than females come through the doors that often, the gender gap is smaller than the “Bubba” stereotype implies (68% male, 61% female).  Hispanic and black consumers are more likely than Caucasians to visit a c-store weekly or more often. In terms of household earning, it’s not just lower-income consumers who are frequent c-store users. While nearly three-quarters of patrons who earn $35,000 to $49,000 annually visit c-stores weekly, a near equal share of convenience customers earning upwards of $100,000 do the same. Today, the term “Bubba” represents only a portion of the convenience consumer base.

With dollar stores, drugstores, mass merchants and online powerhouses looking to steal share of the convenience occasion and the key c-store categories under pressure, it’s imperative to break out of traditional thinking when it comes to the convenience-store consumer. It’s no surprise that the most successful operators are those who recognize the diversity and sophistication of their customers. Sheetz, Wawa, Rutter’s, Maverik and QuikTrip are among the c-store brands taking foodservice to the next level, understanding that consumers are diverse and looking for innovation in foodservice. Last year, RaceTrac banned the term “Bubba,” effectively forcing its own team members and supplier partners to embrace the reality of the consumers they serve. Operators and suppliers failing to break with the traditional view of the c-store customer are putting business growth and success in the channel at risk.