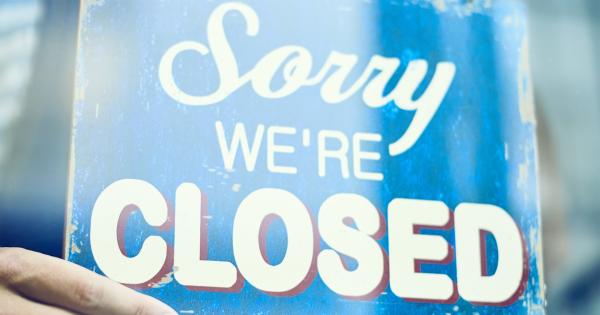 The restaurant industry is facing its most challenging environment since the Great Recession. Our recently released restaurant forecasts suggest that despite expected growth above 3% for 2017 and 2018, growth will come from menu price increases and positive menu mix shifts rather than all-important traffic gains. The bottom line is that fewer consumers are visiting restaurants less often than they were a few years ago.

It seems counterintuitive that we would be seeing a slowdown in restaurant sales. Traditional economic indicators driving restaurant sales are extremely positive—unemployment continues to drop; disposable personal income is rising; and consumer confidence has jumped to its highest level since the 1990s before the first internet bubble burst. Adding to that, we are seeing low overall inflation and low gas prices, which means things should be quite rosy for the industry. But reality is showing that just the opposite is occurring or, at the very least, we are seeing things trend in opposite directions. Perhaps the old rules just don’t apply anymore or, at least, they have been suspended.

Before we move further, let’s first state that the whole industry is not in a pinch. Small chains and independents are outpacing larger chains, especially in the full-service space, where the latter grew only 0.8% last year, while the former experienced a 3.4% gain. These same trends are continuing this year, as many major full-service chains are experiencing declines in same-store sales, while street level restaurants pick up the pace. Within limited service, Q1 chain results have come in relatively weak, with even fast-casual public chains reporting an aggregate 2% decline in same-store sales. So, it’s pretty safe to say that chain business is a drag on the entire restaurant business. The question then becomes:  why and for how long?

Although there are several drivers of real decline in chain business, one of the largest factors is pricing.  To make up for soft traffic, chains have been aggressively taking price increases to shore up revenues and same-store sales. Last year, menu price inflation for Top 500 chains was 4.3%, while the industry as a whole came in at 2.6%. Over time, these bold price increases have caused chains to stray from their value proposition that they are known for. We are now starting to see this in fast casual, where menu pricing may be reaching the brink of consumer disapproval.

Secondly, competition is becoming more intense and fragmented. Today, consumers have more and more competent options for their food and beverage selections than ever before. Individually, these segments may not be large, but in aggregate, they present a major thorn in the side of the restaurant industry. Supermarkets have taken their game up a few notches on selection, value and quality in their prepared foods areas. Meal kit providers offer an additional consumer opportunity for preparing easy-to-make gourmet quality foods in the comfort of their own homes. Even c-stores are slowly turning around their “roller grill food” image to be an acceptable food-away-home source, especially among Gen Zers and young millennials.

You’ll notice that I omitted retail grocery foods in the above discussion as the key restaurant competitor.  Yes, deflation within retail grocery and inflation in restaurants has widened the price gap, making the former appear even more affordable to consumers. I’d be naïve to say that foodservice has not been hurt from this. However, I reject the idea that consumers are eschewing restaurants en masse and now preparing significantly more meals at home. When did consumers suddenly find time to cook on a regular basis or even learn how to cook? Recent supermarket results suggest softness in that sector as well and frozen prepared foods, which often are viewed as convenient at-home substitutes for restaurant meals, have been flat for many years.

Going back to even before the 2009 recession, full-service chains have battled for sustainable growth.  Ubiquity, especially among varied menu chains, has been a long-standing problem that haunts the segment. Lack of differentiation in menus, decor, positioning and atmosphere coupled with assertive price bumps have been restraints on traffic and sales growth. These chains no longer offer the value proposition they once did in the 1990s, when double-digit growth rates were the norm.

Lastly, the chain business may have outkicked its coverage. In 2016, the Top 500 chain unit count totaled almost 226,000. Since 2011, this group added units at a nearly 2% pace, while population grew only at 0.7%. Simply put, the U.S. has too many restaurants to service its set of 325 million potential patrons.

What Does This Mean?

Without change, however, the same trends are expected to continue for the foreseeable future. Local chains and independents will outshine major chains and consumers will gravitate to other options. The chain market is primed for a shake out, as too many restaurants are chasing a finite set of customers.

But let’s put some of this in perspective—industry sources say the average consumer eats about 190 meals in restaurants annually or about 16 meals per month. Take away one of these meals every two months (six per year) and this equates to a real industry decline of about 3%. Add in population growth of approximately 1% and you still have a decline of 2%. That’s all it takes: one average consumer occasion every two months.  With all that is happening from competitive, structural and consumer perspectives, perhaps it is surprising that the industry is not performing worse. Therefore, gaining back consumers requires winning the small skirmishes, not necessarily the entire battle.