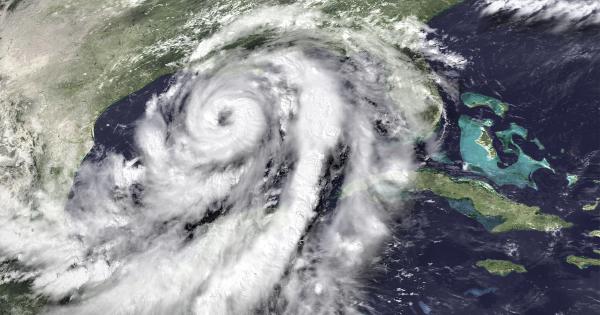 By Sara Monnette, Vice President of Innovation on November 17, 2017

Not every day is business as usual in the restaurant industry. Operators and their suppliers understand the influence that cyclical events such as Christmas, Mother’s Day and Super Bowl Sunday have on their brands, the brands they service and the industry at large. However, what happens to business when natural but unforeseen events, such as Hurricane Harvey (making landfall in Texas on Aug. 25) and Hurricane Irma (making landfall in Florida on Sept. 10), turn parts of the country and the lives of residents upside down for days, weeks or even months? The magnitude of these events is difficult to assess quickly and the assumption that it means bad news for business is not always the case.

Technomic’s Transaction Insights can now measure the true impact of such events on individual restaurant brands and total restaurant segments, at the market level, in ways that have never been accomplished before. Leveraging more than 200,000 customer transactions within the affected markets, this analysis looks at both customer spend (which can be equated to sales) and customer transactions (equated to traffic) to shed new light on the impressions that hurricanes Harvey and Irma left on the restaurant industry.

For the week of Aug. 21 (Monday-Sunday), the Top 50 nationally ranked chains operating in Houston lost approximately 10% of customer spend compared to the same week in 2016. The week after the storm (Aug. 28-Sept. 3), this same set of chains lost an estimated 30% of their weekly customer spend on a year-over-year basis. While the loss is significant and won’t reflect positively in quarterly reports, this story does not necessarily have the dire ending many forecasted. Before we get to the time periods where Harvey and Irma are in the rearview mirror, let’s look at what happened in Texas and Florida immediately before, during and after the hurricanes, starting with Harvey.

While it is not surprising that the Top 50 chains, in aggregate, experienced a 30% decline in customer spend the week after Hurricane Harvey, what is noteworthy is that this reduction does not match the decline in number of transactions. In fact, total transactions dropped an estimated 40% at this group of chains during the week of Aug. 28. Even though consumers were visiting less frequently, they were spending more per visit. The average transaction amount increased 13.2%.

While fewer consumers were going out to these restaurants, they were picking up more food and beverages on any single trip. Communities banded together, and local residents purchased extra food and beverages for neighbors, rescue workers and local relief shelters. This is further evidenced when comparing the performance of competitive brands. First, let’s look at Houston-area Dunkin’ Donuts and Starbucks locations.

Dunkin’ Donuts, a brand with a smaller footprint in Houston, outperformed its typical Houston-market sales the week of and after Harvey, while coffee leader Starbucks experienced some of the largest total transaction and customer spend declines of any brand in the analysis. A key difference, apart from shifting consumer behavior, may be which Dunkin’ and Starbucks locations stayed open during this time. Corporate-owned Starbucks appeared to have shuttered more of its stores during the anticipation and aftermath, while local Dunkin’ Donuts franchisees were more apt to stay open.

However, all else being equal, two other factors are heavily in play: routine and menu options. Consumers’ daily routines, including their habitual coffee chain visits on the way to work or school, were disrupted. Although this behavior would impact both Dunkin’ Donuts and Starbucks, Technomic’s Consumer Brand Metrics data show that Starbucks occasions are even more habitual than Dunkin’ Donuts occasions.

Given the change in behavior toward buying for a group versus buying for oneself, there was increased demand for breakfast, snack and treat options that worked well for a larger number of individuals. Thus, a dozen bagels, a box of donuts or Munchkins and a carafe of coffee gained preference. Ultimately, consumers opted for locations where menu variety, options for large groups and lower price points prevailed.

What can be interpreted from this data when looking specifically at quick-service restaurants in Houston is that consumers heavily prioritized convenience and getting the most bang for their buck, far above anything else. Because of this, brands with slightly lower price points and more expansive menus won out, even with consumers who may have chosen otherwise under normal every day circumstances.

Now, let’s turn our attention to Hurricane Irma and examine the impact on full-service restaurants. Once again, Transaction Insights is analyzing the Top 50 largest restaurant chains, 18 of which are either casual-dining or midscale brands. Leading up to the Sept. 10 landfall of Hurricane Irma on Florida’s west coast, residents living near the vicinities of Miami, Tampa, Fort Meyers, Naples and many other South Florida cities were preparing and evacuating inland and to the north.

Midscale and casual-dining chains in the Tampa market had a much different experience from one another with respect to shifting customer patronage. During the weeks of Sept. 4 and Sept. 11, midscale chains within the Top 50 grew year-over-year customer spend by 7% the first week and 10% the second week. Casual-dining chains’ customer spend declined 20% the week of Sept. 4 and 7% the week of Sept. 11.

Waffle House especially boosted the midscale average in Tampa, growing year-over-year customer spend by 39% and 49%, respectively, during the weeks of Sept. 4 and Sept. 11. This is notable given the fact that the Federal Emergency Management Agency (FEMA) has created and uses an informal metric called the Waffle House Index to determine the severity of a storm and to anticipate the degree of assistance that may be required thereafter. Open 24 hours a day, 365 days a year, Waffle House pre-emptively plans for natural disasters by rolling out a shortened menu with nonperishable items when preparing for destructive weather. Users of the Waffle House Index measure the number of Waffle House units that stay open with the regular menu, those that stay open but switch to the truncated menu and those that close altogether. The more Waffle Houses that change their menu or close altogether, the worse the Index.

The impact of Hurricane Irma and using Waffle House to measure the hurricane’s effects can be further seen in the Miami market. Officials initially warned Miamians to evacuate, but as Irma grew closer to the Florida coast, it shifted its trajectory westward. The Waffle House Index shows little relative impact on the Miami market, as does Technomic’s data. Waffle House restaurants within the surrounding Miami area stayed open, serving consumers who were making their way out of and back into town. The week of Sept. 4, Waffle House grew customer spend 86% on a year-over-year basis and a whopping 130% the week of Sept. 11.

Another brand that performed well immediately following Irma was Cracker Barrel. While some units had to close when the storm hit, Cracker Barrel’s operational teams were quick to respond and reopen Florida-based locations. The week of Sept. 11, Cracker Barrel’s year-over-year customer spend increased 32% in the Miami market and 26% in the Tampa market. It’s likely that brands such as Waffle House, Cracker Barrel and other midscale players benefited from the closures of other full-service restaurants as well as from lower price points relative to casual dining, longer operating hours and a consumer penchant for comfort food in a time of displacement and uncertainty.

During these same two prime weeks of Hurricane Irma, casual dining suffered immensely. In aggregate, customer spend at Top 50 casual-dining restaurants experienced average declines of 13% in Tampa and 23% in Miami.

Restaurants showed remarkable recovery and performance after the storms passed

After looking at the immediate repercussions of Harvey and Irma, let’s examine the recovery for these leading chains in Texas and Florida.

While many residents in the affected Texas and Florida markets are still recovering from these devastating natural events, business is returning to a certain level of normalcy, particularly for restaurants. Some of our data even show above-average growth in the respective markets over the past four to eight weeks.

Comparing both segment and individual brand growth during the recovery versus the three months prior to Hurricane Harvey, most brands and segments continued their typical growth trajectory or have even surpassed it, likely due to pent up customer demand and the fact that consumers who are rebuilding may be less able and less willing to cook or prepare food at home.

From this data and analysis, it is safe to conclude that large, variable and extremely significant natural events such as hurricanes make a big impact on restaurants’ bottom lines. Even though the negative effects may be short-lived, lasting a few days at most, restaurant brands are able to recover and meet consumer demands when they themselves are getting their lives (and operations) back to normal. While it may seem counterintuitive, Technomic’s Transaction Insights shows that consumer demand for restaurants during the aftermath and recovery bounces back quickly and more likely outperforms rather than declines for several weeks thereafter.