Learn more about current trends in Middle Eastern, North African and Balkan Cuisines brought to you in whitepaper published by Technomic and SupHerb Farms.

Like in other global regions, the cuisines of the Middle East, North Africa and the Balkans are diverse with a degree of homogeneity. Cereals like bulgur and couscous, vegetables and pulses, herbs and spices, and grilled meats and stews are all staples in the region. But each region—and each country within the greater area—has its own specialties, preparation techniques and influences.

Slightly fewer consumers—but still a noteworthy amount—would like to see more Balkan influences on restaurant menus, with 21% of consumers agreeing, including 31% of Gen Zers and Millennials. Some 16% of consumers seek out different regional Balkan cuisine experiences (e.g., Albanian, Bulgarian, etc.), and the same percentage of consumers say they know the culinary differences among the numerous Balkan countries.

Despite the lower interest in Balkan cuisine compared to Middle Eastern and North African cuisines, additional research shows that a greater proportion of consumers are interested in trying specific Balkan countries’ cuisines (such as Bulgarian and Croatian) over gastronomies of Middle Eastern and North African countries. This implies that operators shouldn’t overlook Balkan cuisines as potential up-and-comers. 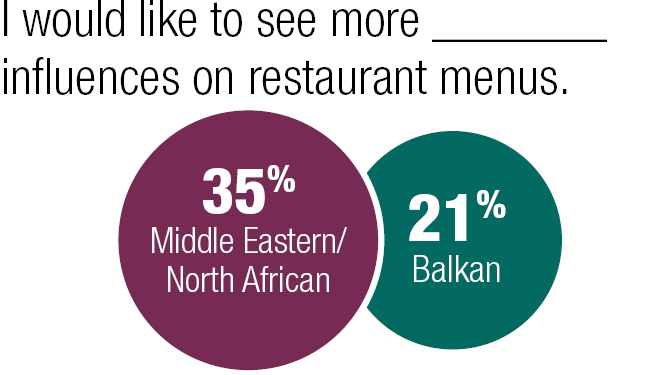 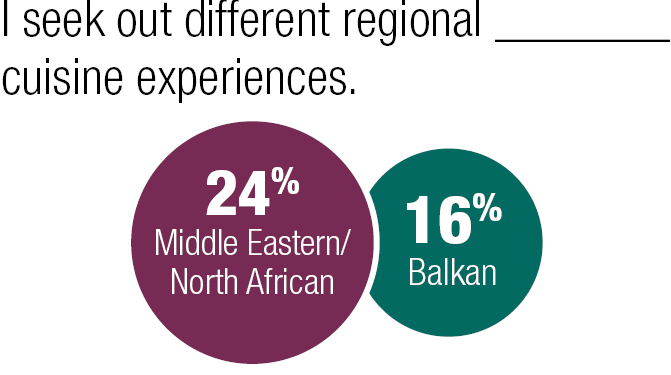 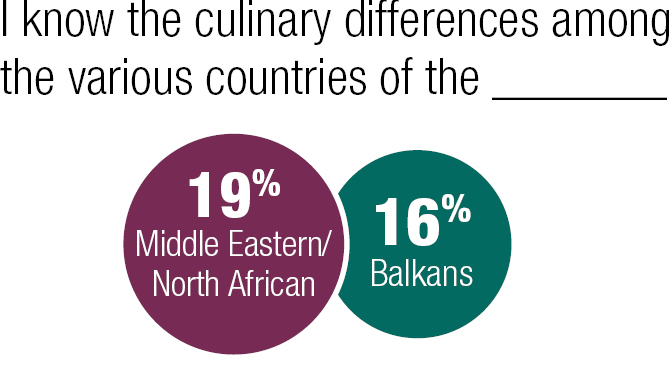 Base: 1,000 consumers aged 18+ who purchase food or beverage 1 away from home on weekdays or weekends

To download the full whitepaper and learn more about trends in Middle Eastern, North African, and Balkan cuisines, click here.

What's to come in the coming year for foodservice? Here are Technomic's predictions for 2023 foodservice trends.

Impact of a Recession on Foodservice

What does this mean for restaurants?

As we reach the halfway point of 2022, let’s look back at our trend predictions for the year and see where each of them stands.

At the close of 2021, Technomic forecasted 2022 as the “Year of the Climb,” and since that time, we’ve witnessed the industry’s forward push toward resurgence and success. How has our 2022 forecast borne out over the past six months? Read on to discover where we stand today.